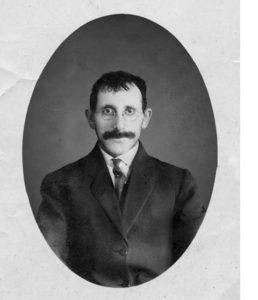 At the turn of the twentieth century, a steady tide of steamships carried thousands of Jewish families across the Atlantic Ocean. Behind them was an increasingly turbulent Europe, where violent anti-Semitism was a growing reality. Ahead was North America, where security and new prospects beckoned.

In 1912 after arriving with his family in Vancouver, Joseph Yochlowitz began scratching out a living as a junk peddler and backyard scrap dealer. His sons, Daniel and Charlie, soon joined him in his labour and by the 1920’s the family business was established on Main Street as Service Auto Wrecking.

By 1935,  33-year old Daniel Yochlowitz was ready to invest in his own scrap metals shop, independent from his father’s. In 1949 he established ABC Salvage & Metal. In the following two decades, the company expanded to occupy multiple lots on Main Street, Prior Street and Union Street.

From the late 1950’s, Daniel’s sons, Harold and Melvyn, steadily increased their roles in the business, and over time, Daniel passed his values and expertise on to his sons.

ABC purchased its Burnaby property in 1964, relocated in the 1970’s, and began the shift from salvage to recycling. ABC began to amass the volume of materials required to sell directly to steel mills. The leadership of the company gradually passed from Daniel to Harold.

In the 1980’s, competitive pressures were building in the industry and threatening the health of the company. Harold and Melvyn’s sister, Helen, joined her brothers in tackling these new challenges. Thanks to their efforts and the company’s strong relationships with customers, suppliers and financial and legal advisors, ABC successfully weathered the storm.

In 1988, Harold’s son, David, joined the company full time – making him the fourth generation of the Yochlowitz’s to do so. Over the 1990’s the company grew more than fivefold as it developed new markets in non-ferrous materials and the global brokerage arena. Leadership transitioned from Harold to David who raised the level of professional management at ABC. Together with other family members who play important roles in the business – Harold’s son, Mike, Vice President of Operations, and Helen’s daughter, Karen, Manager of Community Relations –  he continues to uphold the long-standing values inherited from the company’s founders. ABC has been an active member of Family Enterprise XChange (FEX), a national association providing best practices, tools and resources to support family enterprise in their journey.

Today, ABC has 9 locations throughout British Columbia and Alberta, and a far-reaching network of strategic partnerships, connecting clients from Western Canada to customers around the world.

Watch our 100th Anniversary video about the history of ABC Recycling

Also in this section About Us